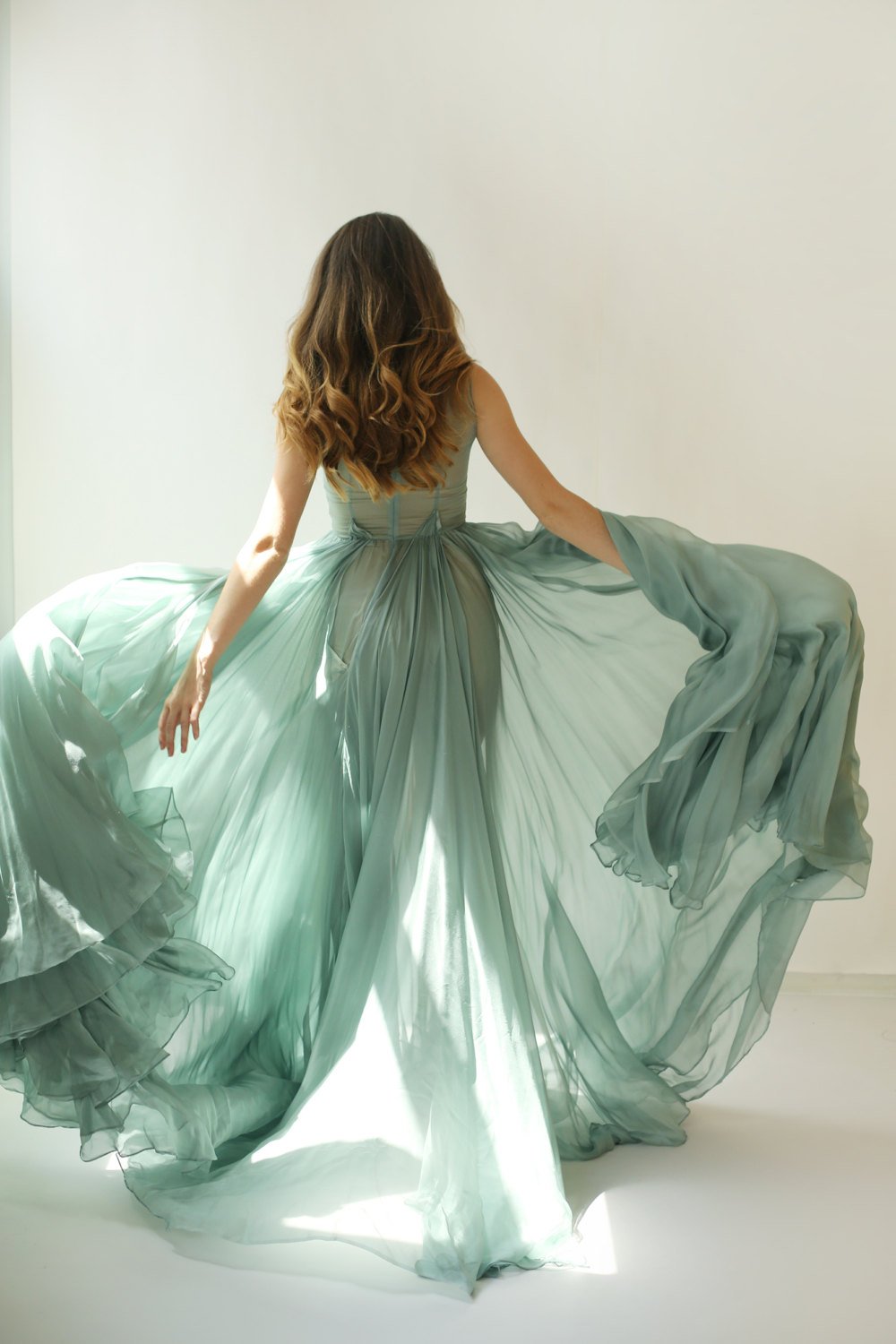 What if our lives were

In the cool desert sunset

And walk out of

How amazing and how pretty

Our lives would seem

In the cool evening air

And a foolish heart

Always wave at me through

”Poem of the day ” is a poem I have written about the feelings, emotions, and desires. I wanted to write short poems about life and wanted to praise her in all my romantic poetry. Famous poems contain the essence of passion and romance.

It is like many of my other romantic poems. I have tried to explain and express my deepest feelings about love, life, and romance. The more I go deeper the more I get emotional. And the more I then write about the fundamentals and basics of love, feelings, and emotions.

My poems are the essence of my poesy. Like you can read Magic Fall which is my latest poem. And further you can read my books to know more about what I write. Namely the book The Perfect Betrayal can be a good read.

The course of love is not easier, many fail in the process and many have different opinions about love and life but the more you indulge in, the more you dive deeper into the melody of love. Amazingly wonderful and sensational emotions add more value to life and bring passion and thrill to your mood. So I say when you leave so when you leave my colors fade to gray. I wanted to write short poems about beauty and wanted to praise her in the poems about how beautiful she is. She is gorgeously attractive. ”Poem of the day ” is a poem I have written about the feelings, emotions, and desires. I wanted to write short poems about life and wanted to praise her in all my romantic poetry. Famous poems contain the essence of passion and romance.

A word, a feeling, an emotion or a relationship, a gesture, food of the soul or opinion, an orientation, a formula, a lifestyle or gig to impress others. A reality, a discussion, deeper truth, gift of nature an invitation to passion. It is not about reasons but the gravity of the emotions when you have love or you in love, you do love or whatever the possible term is but one thing I know for sure is that Love is the most powerful feeling on earth and there has not been any other emotion of feeling greater than this ever discovered or experienced by mankind till now. So I say when you leave so when you leave my colors fade to gray. I wanted to write short poems about beauty and wanted to praise her in the poems about how beautiful she is. She is gorgeously attractive.

The answer is that in reality love is a powerful sentiment that ignites all your energies visible or invisible and brings out a raging fire that turns the wheels of passion and gives you the pleasure which is the most delightful and most expensive and rare on this planet. Yet for many, it turns out to be not more than a firecracker as the intentions of the lover could have been so feeble or the ultimate glory requested was not real love.  ”Poem of the day ” is a poem I have written about the feelings, emotions, and desires. I wanted to write short poems about life and wanted to praise her in all my romantic poetry. Famous poems contain the essence of passion and romance.

I love art & culture, and I study, observe and capture ideas, customs, and social behaviors. The social norms define the value of the people who possess a variety of phenomena’s transmitted through traditions and customs. A prosperous nation is the wealthiest nation is determined by the depth of its culture and traditional values. History books could reveal the oldest of the civilizations on Earth. And Serbian culture is among the richest, oldest and one of the most beautiful cultures ever witnessed on the surface of the Globe. Belgrade the capital of Serbia is a famous touristic spot. Serbian people and Serbian culture are rich in their existence. Discover Belgrade nightlife and its rich culture.

Serbian culture relates to the culture of Serbia and ethnic Serbs. The Ottoman Empire conquered Serbia in 1459 and ruled the area for several centuries. The results of which contained Serbian culture but also greatly inspired Serbian Art. Particularly in the southern regions. Serbian Heritage is rich and unique in a wonderful way and followed in its traditional values. Serbian people still echo ancient practices, customs, and beliefs. These traditions especially come from smaller and rural areas, which is proof that it is one of the old and most influential cultures of the Planet.

November in Serbia: The month of the patron saints

Autumn represents the time when a large number of Serbian households gather around. “Slava” is a celebration where each family venerates its patron saint.  For that reason, everybody looks forward to November and many feasts of patron saints. Besides the fact that these are the days when you can hear the cheerful conversation. Music and laughter from almost every house, you can also smell the aroma of the home-made specialties. The flame of Serbian traditions burns as bright as the lit candle, blessed and placed upon the dining table. It is illuminating the feast thrown in the patron saint’s honor. “Slava” will soon find its place on the Representative List of the Intangible Cultural Heritage of Humanity, established by UNESCO. Food and Belgrade nightlife are one of the most amazing things to explore.

Serbs are warm people, especially towards foreigners. They are very welcoming towards tourists.Of which there are not many as the country’s full potential has yet to be reached. Most Serbs speak some English. People of Serbia are volatile and cordial. The Serbians are a vibrant community of people hailing from Serbia as well as Bosnia, Herzegovina, and Montenegro. And form significant minorities in Croatia, the Republic of Macedonia and Slovenia.
Serbians are mainly known for their rich bookish culture. The story of Serbian literature begins with theological works from the 10th- and 11th centuries. The most well-known authors are Ivo Andrić, Miloš Crnjanski, Meša Selimović, Borislav Pekić, Branko Miljković, and Danilo Kiš. Svetlana Velmar-Janković. And Gordana Kuić is the best known female novelists in Serbia today. It is not only a proverb (according to the international polls). Serbian people are statistically the most hospitable nation in the world. This custom is highly prominent in its legacy.

According to the World, Bank Serbia has reached through a period of dramatic change. It is managing a rapidly evolving political and economic environment. Today, Serbia is a claimant country for the European Union membership. It is revealing the notable progress made so far in structural and institutional reforms. Belgrade is the capital and financial heart of Serbia and home to most major Serbian. And international organizations operating in the country. Novi Sad is the second-largest city and the most important commercial hub after Belgrade. In terms of size and people, Serbia is in the middle of Europe, in terms of the of development. Serbia is considerably below the European average, while in terms of growth factors, Serbia is close to the top. It suggests that the growth potential in Serbia is considerable. The structural economic reforms that Serbia is undertaking will be the key to unlocking it. If Serbia manages this, as early results suggest it can. Serbia is expected to be the economic tiger of southeastern Europe.Belgrade the capital of Serbia is a famous touristic spot. Serbian people and Serbian culture are rich in their existence. Discover Belgrade night life and its rich culture. Food and Belgrade nightlife are one of the most amazing things to explore.

The Serbian food is a healthy mix of oriental, central European, and local Balkan cuisines. They are offering an amazing variety of meals. Besides in restaurants and kafanas, Serbs tend to eat lots of fast food. Especially roasted for lunch, and pastry for any other snack. Serbian food is mainly solid, with plenty of calories. Meat, bread, and local vegetables dominate in Serbian cuisine.

“A flat muffin with everything in it” can be easily called “a flat pastry for everybody.” Everyone fancies it – children, teenagers, and dependents. The tenacious taste will feed you that much that you won’t think about eating anything else in the next few hours, and some say that it is the best remedy for a hangover. Residents of Zlatibor and communities around it love to joke about it and say that this dish is “the remedy for everything.” See for yourself, after all. Food and Belgrade nightlife are one of the most amazing things to explore.

Kajmak is a thick creamy dairy product with an unforgettable smell and taste. It is made of fresh cow milk, and it will possess all your senses at the very first. 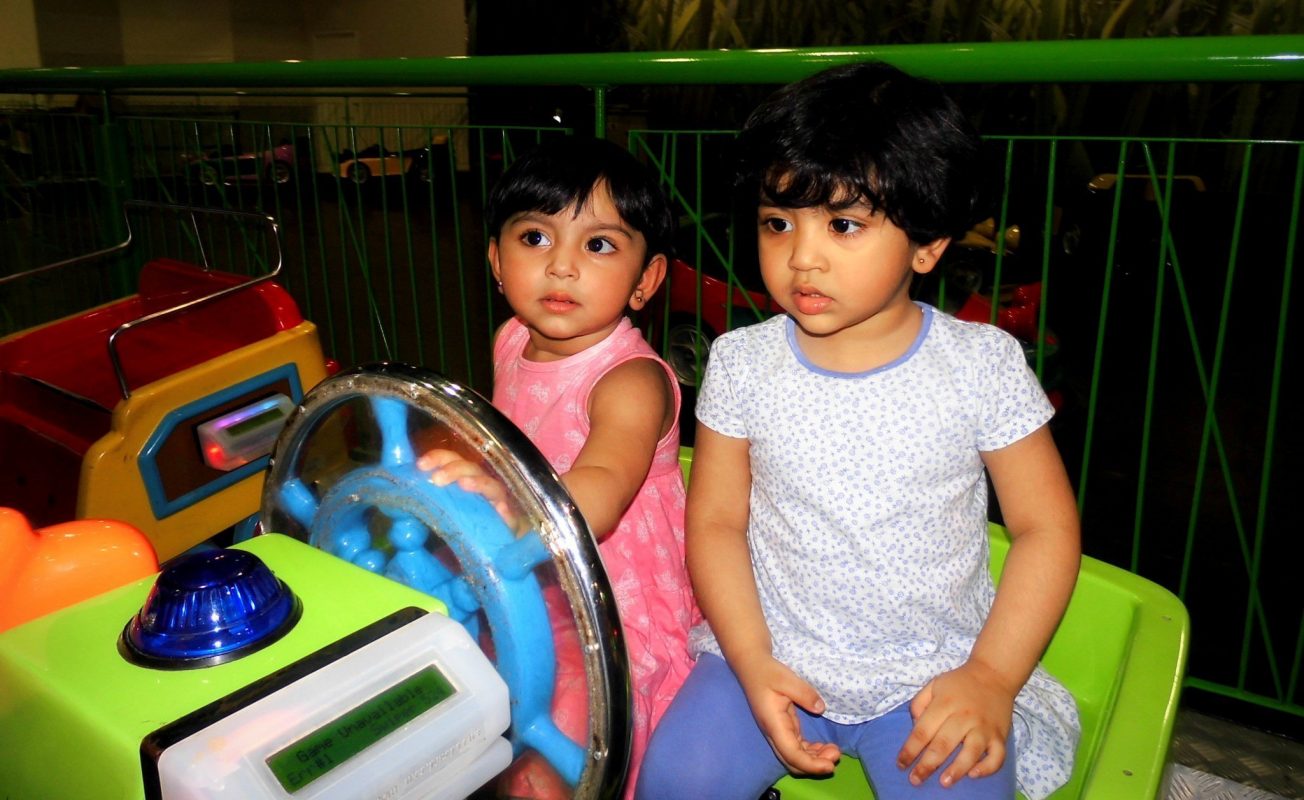 10 Oct To be Gifted – Every Child’s Right

Posted at 19:17h in Articles by Rana 0 Comments
0 Likes
Share

Children especially a daughter is a wonderful gift by Allah. It’s a unique and the most powerful feeling on earth. Which is more valuable than any existing or unexplored treasure on this planet. I love my daughters Utaybah and Umaiza. The bond of love between a father and his children is as cherishable. Charming and delightful like many others who tend to love their daughters, respect them. Love them and believe in the spirit that daughters are the beautiful response of nature towards us. It is undoubtedly wonderful. May God Bless all the kids of the world. Children’s rights demand parents to be together to nourish their future. Utaybah and Umaiza my dear daughters. 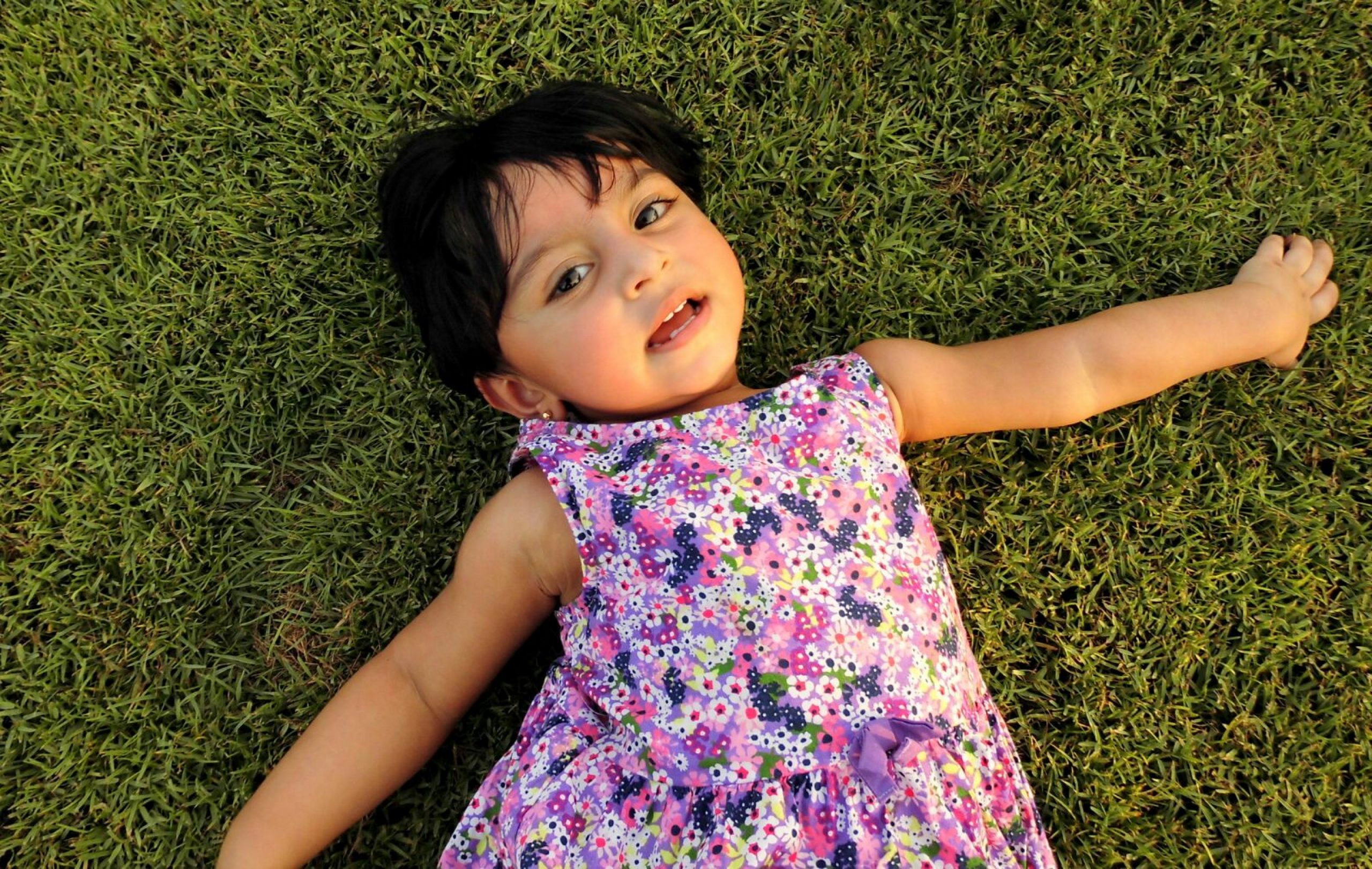 A man’s life is full of surprises, do and don’t do lists. Hard chapters on the book of life and sometimes unexpected and unplanned routines. Likes and dislikes, goals and achievements but most of all love and lovable people he encounters in the path of his life. 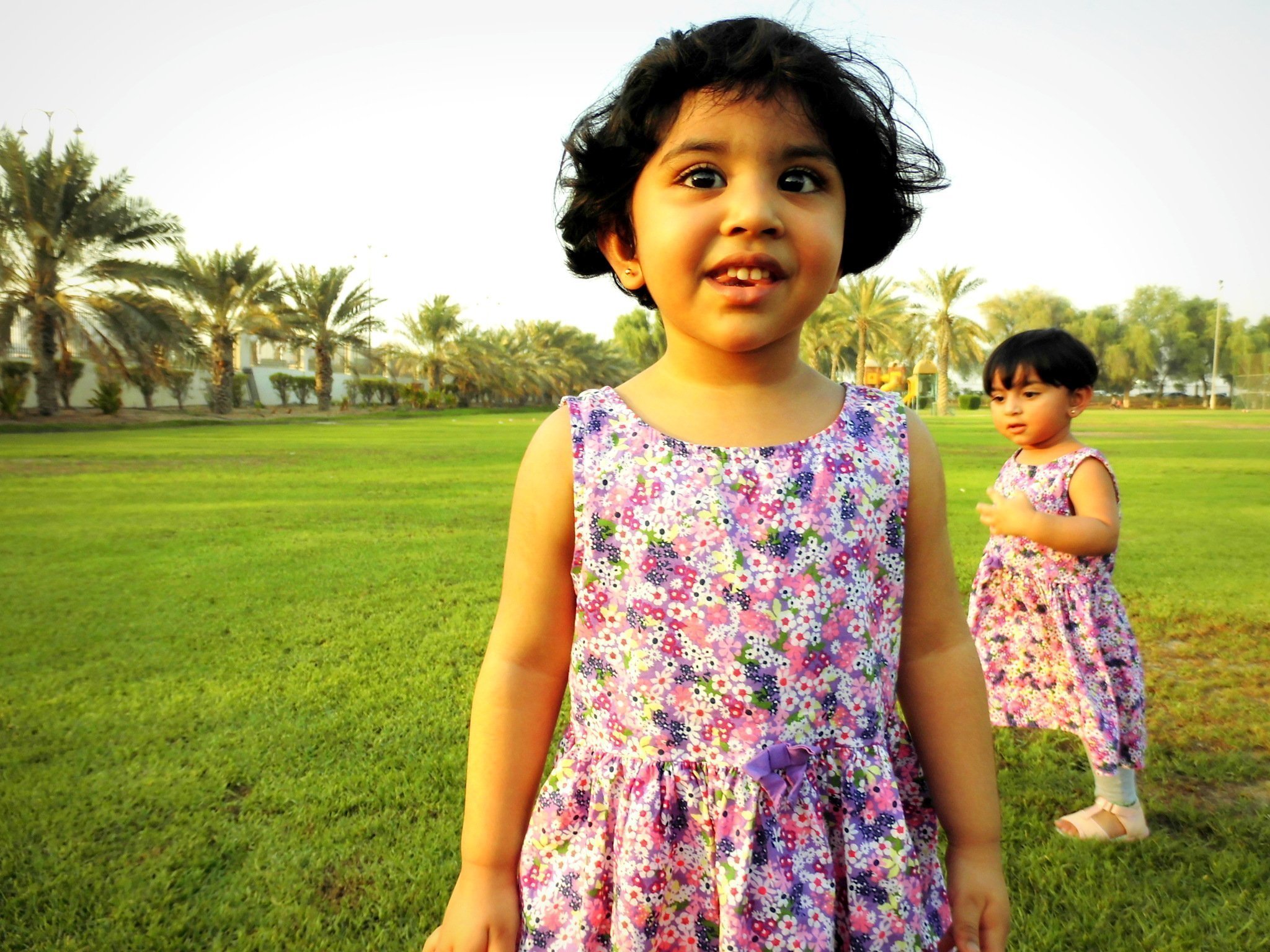 Figuratively speaking all the defined course of life designed by nature is very much in the cards and experiences follow the same pattern. One way or the other you got to taste the recipe of nature which comes in very sweet. Delicious sometimes or sour and non-tastier the other time. The deal is to deal with it no matter what. 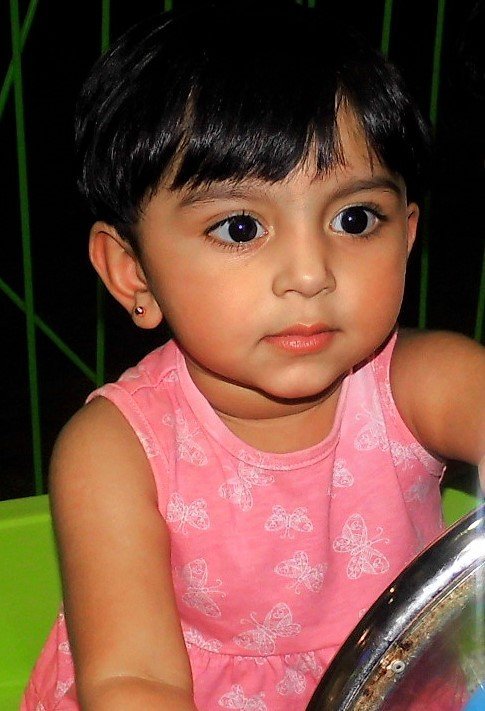 I am not a movie critic you know but recently I happened to watch a movie named ” Gifted” by the Director “Marc Webb”. Whereas the screenplay has been written by “Tom Flynn”. Beautiful script with amazing performances. The best thing I like about the movie is the message it carries. Though for me it’s so great if a child is “Gifted” by nature and is extraordinarily intelligent. The most important thing in the life of any child is “The Gift of Parents”. It is every child’s right to be gifted this way apart from abilities ,skill and treasures provided by nature. Parents are the best thing that can ever happen to a child. From mother’s laps to father’s advice the process begins beautifully. But it has to be that way for the rest of children’s lives. Better growth ,education and manners are being taught if Parents have a better life. And if both of them can offer their children an environment where their kids can grow and can have a better future. 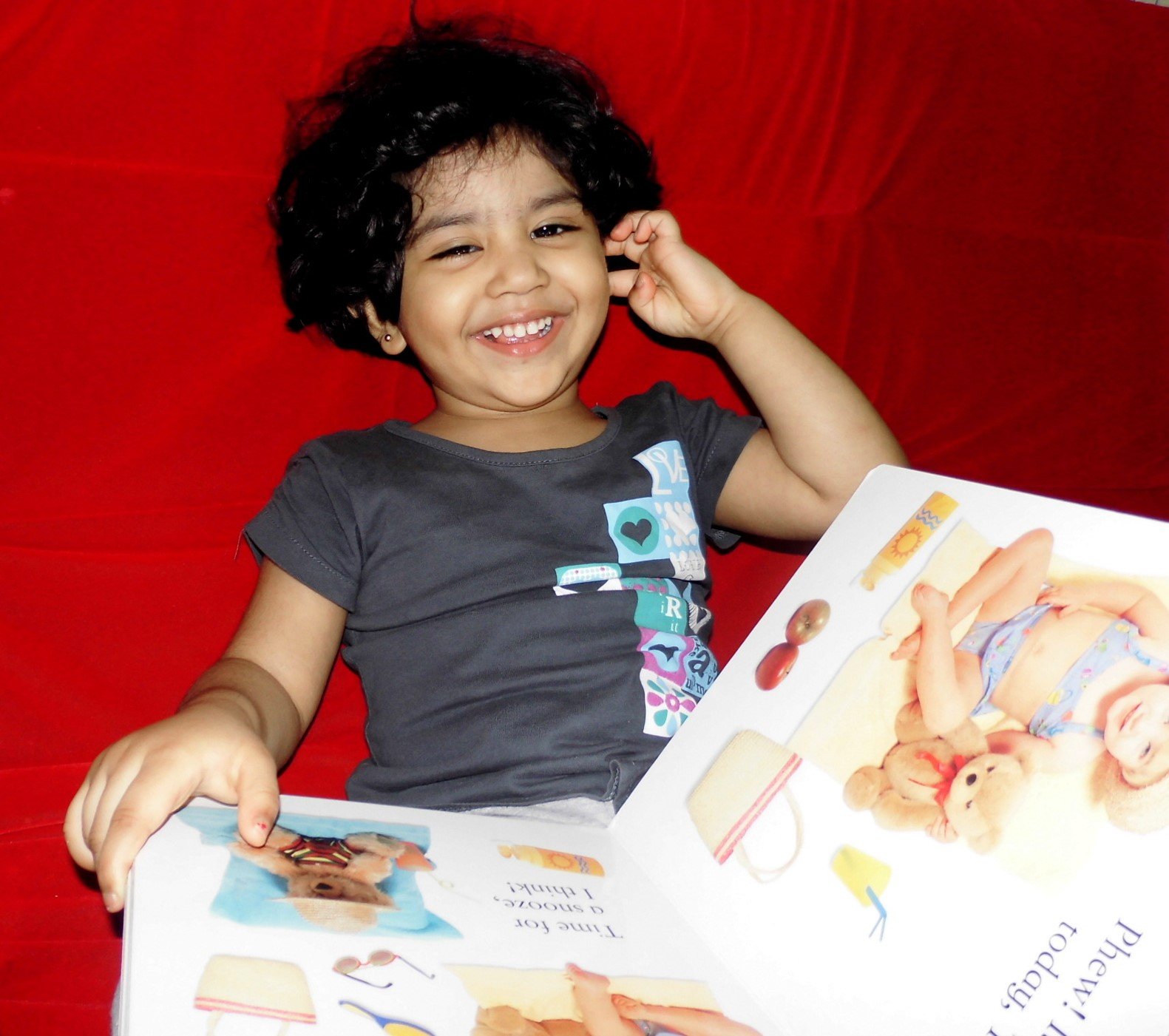 May God Bless all the kids of the world. May God bless them with knowledge ,courage and wisdom. So that they would be able to have happy and prosperous lives. Children’s rights demand parents to be together to nourish their future. Utaybah & Umaiza my dear daughters. 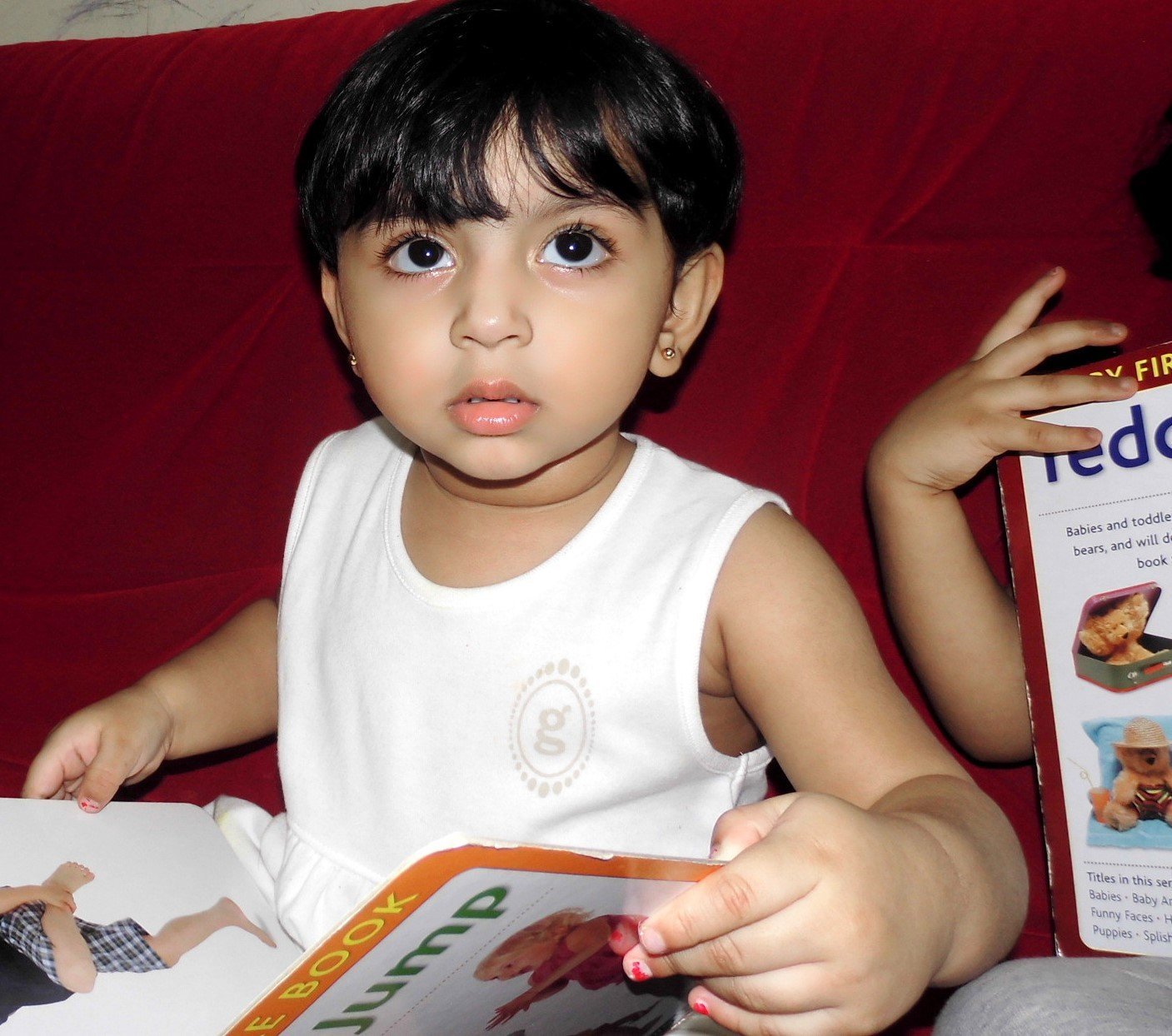 From all the wonders above & beyond
My daughters are my pearls, My Stars